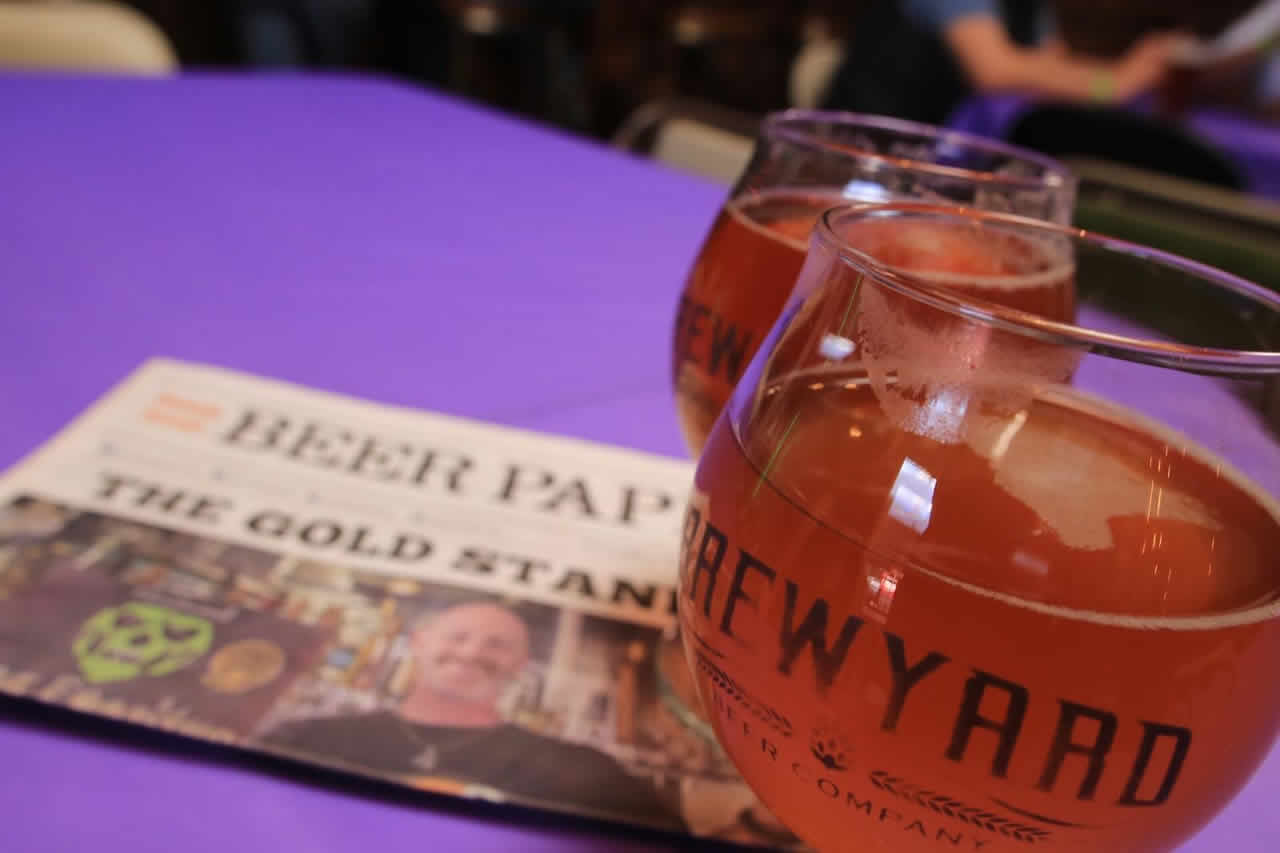 If you already drink craft beer, hopefully you find this an entertaining read. If you don’t but want to know what all the hype is about then perhaps this will help.

It’s that simple. If you disagree then you have not found the right beer yet. I’m not going to lie, it might take some time but I promise you, there’s a beer out there for everyone. This can be time consuming because there are many styles but please don’t give up! Or, if you wait a few more days, you can read my next post. I’m creating a guide that can help you find the right beer based on the type of alcohol you drink. And if you don’t drink…I cannot help you. I’m sorry.

You can buy good beer for under $20. You can buy excellent beer for under $30. This is affordable and logical. Decent to good wine averages between $20-30 per bottle. How do you justify wine that cost over $50? And don’t tell me that it tastes better, because it doesn’t. How about over $100? Over $200?? This is just silly.

I think by now most people know that beer has quite a few health benefits because it’s been all over the internet for the past several years. I’m not going to get super technical because you can find all the information you want online, but here it is in a nutshell: it contains many nutrients and vitamins, it can control diabetes and can help increase bone density… just to name a few! And the whole beer belly thing is merely a misconception because it’s not the beer that causes bloating- it’s the bottle you’re drinking out of. Just drink out of a glass and you’ll be fine.

When I first started getting into craft there were hardly any breweries in LA. Now there are over 70, which means you should be able to find at least one within a twenty mile radius. In other words, there’s no excuse for not supporting local businesses. I’ve gotten a chance to know some incredible brewery owners this past year, such as Kirk and Sherwin from Brewyard Beer Company in Glendale. And like most brewers, these guys are extremely passionate and community driven. They put their heart and soul into their brew before any profit goes into their pocket. Craft brewers are ridiculously innovative and deserve a tremendous amount of support. And you don’t need to go to the actual taproom to contribute because most of them have distribution channels that make the beer available at local restaurants and liquor stores. Also, remember quality over quantity next time you reach for a pack of Budweiser. Oh, you’re having a party and can buy more beer for the same amount? Do you also hate your friends? You wouldn’t serve your friends Popov if you were buying vodka…why should beer be any different?

The craft beer movement is on the verge of an explosion. Don’t miss out on all the fun because you just might regret it. I got into craft beer relatively late and when I did I had a lot of catching up to do. When I first discovered craft I was mainly drinking Belgians and European brews. Little did I know that there was an entire scene developing in the U.S and was taking off at an astounding rate. And what does it look like now? Forget it, I can’t even keep up! But seriously, these are exciting times so jump in! Grab a copy of the recent Beer Paper LA newspaper at your local brewery or pub and you’ll get the latest on updates in the industry and upcoming events. You’ll meet some great people, make new friends, and discover different things along the way. Beer is such a natural response to a happy occasion. Just think about it. When something calls for a celebration, such as a job promotion, people say “let’s go grab a beer!” How many times have you heard someone shout out “let’s go grab a wine!” Never.

There’s a beer for every season. Nothing can quench your thirst better than a nice cold one when it’s scorching hot, but beer is not just a summer drink. Brewers are more creative than ever when they’re whipping up recipes for fall and winter beers. You just have to find one you like. I’m not a stout fanatic but I sure do enjoy a lovely barleywine I can sip on.

The history of beer is the history of our civilization. Not only has beer been around since ancient Mesopotamian days, but it has shaped cultural aspects and filled our history with fascinating stories. From agriculture and taxes to religion and technology, beer has played a major role in the development of many ideas and inventions we now have today. This is one of my favorite topics to explore and I can probably write a novel if I delve into each one separately, but I’ll save that for another time so you can move on to #10.

Uh, what people? That’s probably what you’re wondering so let me explain. Beer people versus ANY other type of alcohol drinker are much nicer. The only group of people this doesn’t apply to is those who appreciate all types of libations. But the ones I’m referring to are those who look down upon beer. Now obviously I’m speaking generally, but nonetheless, this is rather significant. The energy around beer has always been warm, friendly and welcoming. When I think of most wine or cocktail producers and consumers, I, more often than not, associate them with a pompous, rigid demeanor. But they bring this upon themselves. If you don’t believe me just test it out for yourself. Try going to a brewery and ask the server, or better yet, owner or brewer to come out and walk you through a flight. They’ll be delighted! Try going to a wine bar and doing the same thing. Most likely you’ll end up with a pretentious elitist who thinks he/she is above you. This can apply to mixologists as well. Is it because society has led us to believe that wine is a high class drink and beer isn’t? I beg to differ. There is nothing high class or attractive about a snobby attitude. I may be stereotyping, but there is a reason why stereotypes exist.

Okay so I may be referencing a historical incident but, God forbid, if something similar happened today, beer would save our lives again! During medieval times the consumption of beer was promoted by monks, the master brewers, since water was too contaminated and thus, unsafe to drink. It was used as a form of hydration and nourishment and was even consumed by children. According to history, Saint Arnold, the patron of beer, is known for saving the lives of many who were suffering from the plague by serving them his brew. Now that’s what I call holy beer! I’ll drink to that.

Unlike most forms of alcohol, the ethanol in beer doesn’t lurk somewhere in outer space and then creep up on you after your third drink. And by creep up on you I mean wait for the most inopportune moment to smack you upside the head. With beer you get what you drink regardless what the ABV is because you can actually feel it. You can take one sip and guesstimate if you’re drinking a 5% beer or a 10%. Have you ever had a flawless Long Island iced tea? That stuff is delicious and dangerous! Or how about red wine? I wouldn’t call it delicious but it’s definitely a trickster and can hit you without giving you a heads up. Beer doesn’t make you look like a fool by catching you off guard. Beer is honest and straightforward.

If you need more reasons than 12, then we need to have a little chat. Otherwise, cheers!